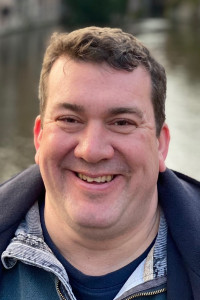 Joseph was educated locally at Seaford College in Petworth, before completing a degree at the University of Plymouth, then returning back to West Sussex to start his career at Langmead Farms.  He is now Managing Director of his family business in Southampton, Botley Mills, which manages numerous commercial tenants and has a variety of different retail interests.

Their youngest son Oliver has been at CFS since its inception in 2013 and they were able to bring their other son, Thomas, to CFS as the school opened more years.  Oliver now is in Secondary and Thomas has moved on to Sixth Form College, so as a family we have seen all sides of the school.

Joseph had a traditional boarding school upbringing and feels many of the qualities he enjoyed can be adopted by the CFS's flexibility.  He strongly believes that our ethos and message of Nurture, Challenge and Inspire echoes through every aspect of the School and that the qualities that CFS instils in our children will best prepare them for the challenges they will meet in a very demanding world.

back
Year 2 had a wonderful time with the @RepTylers crew, to launch their new topic 'What a Wonderful World'. RepTyle... https://t.co/hG47suw1Fz
**Reception and primary applications** close this Saturday! Please apply via WSCC (below👇). For information specif... https://t.co/PjBba6Xv6e
📢 Applications for primary places close on Saturday 15th January at 11.59pm. If you have any questions about primar... https://t.co/VX095in5ol
Happy New Year! It's been so exciting to return to school and see how our wonderful outdoor spaces have been transf... https://t.co/GSuYllAZb4
@jbrad3500 Hello Jason, many thanks for your feedback. If you would like to talk to a member of staff about any asp... https://t.co/EuIXdm0VhP
👋Calling local businesses and crafters! If you'd like to have a table at our CFS Christmas Fair on Friday 3rd Decem... https://t.co/LLmNLWx2JJ
🙌Become a CFS Trustee. Our Board of Trustees is seeking individuals from a business or education background who'd b... https://t.co/bN5JX9rau2
Inspire the next generation of #engineers & take the 'Meet the Future You' quiz. https://t.co/rZEIyg5cJA #Teachers... https://t.co/4HBY9Vfue6
Another lovely post about our fantastic NHS Success team! We're glad @Chi_Free_School enjoyed our high-energy perfo... https://t.co/Umx6mCuW0n
We were delighted to welcome @EnactSolutions yesterday to show our Year 9 pupils, in a very fun and unique way, the... https://t.co/yx40QMKvhq