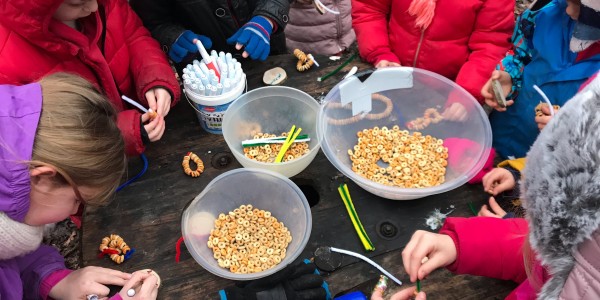 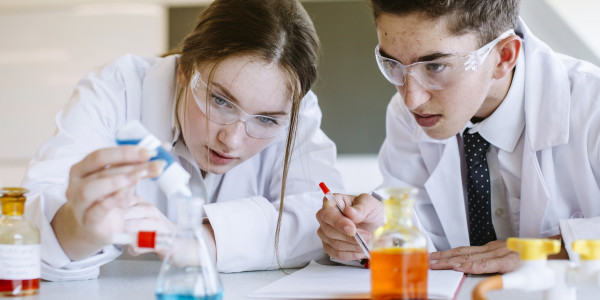 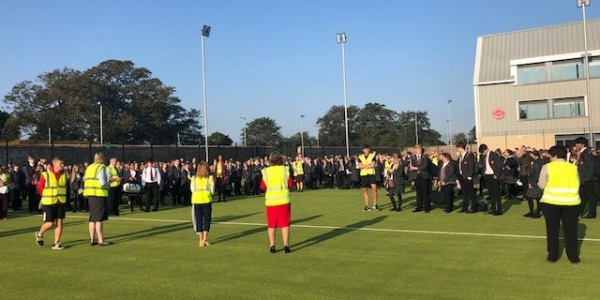 As we enter July, and the end of term is on the horizon, we have had the absolute pleasure of welcoming so many pupils back for a day this week already. Seeing their outright excitement and joy at being back has been wonderful, and I wanted to thank you all as parents for adapting to the unusual start times and procedures at the gate. We are of course very conscious that there are also many pupils who have not been able to come in this side of the summer, and we know that for all pupils September will still be a time where a lot of work needs to be done to reacclimatise pupils to daily school.

We have had a couple of requests for exact plans for September. As I outlined last week, this has simply been impossible until we receive the Government guidance. We have, of course, already started making plans on what we believe may happen, but until the formal guidance is released there is a limit to what we can communicate. However, we have been promised this today – in fact by the time you are reading this message from me the announcement in the House of Commons may well have been made. Please bear with us as we digest, what is likely to be very complex guidance, over the next few days and over the weekend. I will be in touch next week – separate to my normal end of term email – to outline our preliminary plans.

I only use the word ‘preliminary’ because, at this stage, we will not be able to tell you every detail. It is our absolute intention to be able to give you key things like confirming that all pupils will be back, and if there will be any alterations to start and end times. This, we appreciate, will be the essential information you and your child needs to know going into the summer. We also hope to be able to confirm for Primary pupils, this side of the summer, that they will have their normal teacher, although there may need to be some alterations to how things like PE and afternoon lessons in Key Stage 2 are delivered. However some of specifics, such as timings of lunchtimes and the Secondary timetable and staffing, are far more complex and we are going to need time over the summer to finalise these plans. A Secondary timetable takes a couple of months to write and I suspect it is going to need quite an overhaul over the coming weeks. Of course, Secondary pupils do not usually receive information about their teachers until September anyway. But we will release all the information we possibly can next week, including Primary staffing plans where possible, and finalise specific details over the summer.

I just wanted to clarify that my comment last week about ‘keeping everything crossed’ that we can get all pupils back in September, was not in reference to our plans for executing the Government guidance. We are confident that we will be able to work with the restrictions that are in place. As shown this term, we have been able to get back all year groups requested by the Government, as well as providing extra provision on top. A lot of this has been because of us being an all through school – this has given us the flexibility other separate Primary and Secondary schools do not have. For example, we have been able to get back Years R, 1 and 6 every day, whilst still maintaining the remote learning for the rest of Primary because we have used some Secondary staff to teach Year 6. We will continue to use our all through nature to increase our ability to be creative and to support all pupils over the coming months. The thing I am keeping everything crossed for is that there is no development with the virus over the summer that results in the Government altering their directive before September. This is the bit beyond our control, but we all sincerely hope that the Government advice remains, and therefore we will have everyone back in September.

Parent Information Pack
Please find attached here the parent information pack, with all of the key information you need. Obviously there may be some temporary tweaks to some of this information due to the unusual way we will be returning, including term start dates for Reception pupils which will be confirmed asap.

I would like to point you to some key things in particular:

Staffing Structure
• You will see that the Senior Leadership staffing structure has altered slightly for next year. This is to ensure that all key areas in both Primary and Secondary are effectively supported and has also increased our focus on Teaching and Learning delivery and our all through curriculum. Mr Hanna will now be taking on the role of Associate Principal, still overseeing the day to day running of the Primary phase as Head of Primary, and will deputise as Head of the School if I am ever not on site. We have also appointed a new Deputy Principal to work alongside Mr Hanna on Teaching and Learning across both phases of the School, but with a focus on the Secondary phase thus complimenting Mr Hanna’s expertise. Mr Phillips joins us from Felpham Community College and is an extremely experienced practitioner and Senior Leader. Mr Phillips will be working across the whole school but will especially be a very prominent figure in the Secondary phase. Mrs Halton and Mr Hardwick continue in their roles but taking more of an all through approach towards behaviour, pastoral and inclusion. We also welcome Mrs Hayes and Mr Paul as Assistant Principals, both overseeing Pupil Progress in their respective phases. As part of our extended team, we are delighted that Mrs Powell and Mr Fowler will be formally recognised as our SENDCos, under the leadership of Mrs Halton. And, as previously mentioned, Mr Angell also joins the extended team as Head of Sixth Form and Head of PSHE and Careers.
• You will also notice that we have increased our pastoral provision in the school next year – Mrs Harris takes on the role of Pastoral Officer for Primary, whilst we now have a separate Head of Year for each Secondary year group.
• As is common in any school at this time of year, we do have some staff leaving us next week. In my final comms of the year – next Wednesday – I will be saying a fond farewell to those colleagues.

Uniform
• A reminder please that our uniform policy is changing from September. Here is link to the new policy. We have already seen several of the new black skirts being worn in school and they look extremely smart. It is essential, however, that the guidance is followed regarding style as pupils will not be permitted to wear a skirt that does not comply with the policy. The same goes for shoes – we saw an increase in trainers last year, including Air Force Ones. These are not permitted as part of the normal school uniform.
• Just a reminder of which aspects of the policy should be actioned from September, and which we have allowed a two-year transition period for:
Over the next two years:
â–ª Movement from the bespoke CFS skirt to a plain black skirt â–ª Black trousers instead of grey in both Primary and Secondary â–ª Blazers no longer worn in Years 3 and 4 â–ª Years 5 and 6 to wear the dark blazer
With effect from September:
â–ª A new coloured braid specific to the year group to be worn on the blazer for Years 3-11 – braids will be distributed by the School in September.
â–ª Girls from Year 3 upwards to wear a tie
â–ª Clip on ties available in all year groups, as an option.
Please note that if you are only purchasing a tie from the Uniform supplier, in order to avoid a delivery charge for just one small item we are reinstating the ‘deliver to school’ option. This is only if you are just purchasing a tie. The tie will then be available for collection from school in the first week of term – we will make allowances for pupils who are not wearing one until they are able to collect this. We are unable to accommodate collections over the summer holiday still.
• Obviously when these changes were first considered and announced we did not know what was about to happen. We believe, however, that these changes are still appropriate at this time – the CFS skirt is no longer in stock and many parents have already purchased new aspects of the uniform. Also, the staggered approach means that expensive items such as skirts, trousers and blazers do not need to be purchased if existing items still fit but, conversely, where children have outgrown their uniform there is now more flexibility to purchase cheaper items from a broader range of stockists; more important than ever at this difficult time. However, if there are individual and unavoidable concerns regarding uniform in general next year due to the current situation please do contact your child’s tutor or class teacher.

I will be in touch again as soon as possible next week.

Previous Communication from the School

Please find below additional information that you may find useful:

DfE Update 20/3/20 (Download: 123.14KB) DfE Update 19/3/20 (Download: 139.12KB) Mental Health Considerations (Download: 196.78KB)
Parents/Carers: Ahead of the summer break, our safeguarding topic focuses on Online Blackmail. Online blackmailers... https://t.co/3sg45TkNqc
**Today and tomorrow** CFS Reception year second-hand uniform sale at the school gates (social distancing applies).... https://t.co/CLJ40ek3pC
What would Huw do? @huwbbc shares some of his top news-making and #journalism tips in the #BBCYoungReporter onlin... https://t.co/tjRtM0Yz1N
How can I support my child in returning to school life? As the summer break approaches and lockdown restrictions ar... https://t.co/OP8lQ6WdoW
👍 We offer a confidential text message support service for young people aged 11-19 in both West Sussex and Brighton... https://t.co/cbGjXnpO9B
Allsorts Youth Project offers online #LGBTU+ groups and one to one sessions supporting young people in #WestSussex... https://t.co/5R5m9ogHPA
.@MarkLabbett ➕#CelebritySupplyTeacher = a maths lesson with a difference! Check out The Beast's maths hacks lesso... https://t.co/QjGa5z9l5p
For their home-learning art project, Year 3 have created their own Seaside in a Bottle. "I put sand, pebbles, seagl... https://t.co/f7PSqAl32n
This week we welcomed the return of some of our Year 10 students. There were mixed emotions of excitement together... https://t.co/qxmxCd6QGD
We know things are difficult and different right now, and for some children lockdown isn't safe. If you're worried... https://t.co/8yHVzlMIth